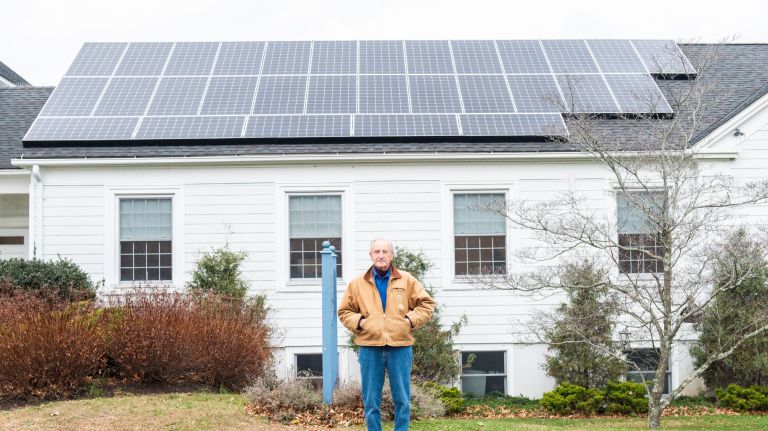 The program funded by the U.S. Department of Energy’s SunShot initiative offers discounted installation rates for churches, synagogues and mosques.

God said “Let there be light,” but didn’t say how his flock could cost-effectively harness the power to generate it. Now, more Long Island houses of worship are doing that with the help of the sun and a specially designed initiative.

Solar panel installations have been cost-prohibitive for many local churches, synagogues and mosques, whose donation-based budgets can make coming up with a down payment a challenge, and whose tax-exempt status prevents them from taking advantage of tax breaks. Now, a program — funded in part by the U.S. Department of Energy’s SunShot initiative, offering discounted install rates through bulk bidding, low-interest financing and agreements allowing a third party to take advantage of tax credits — is making solar affordable for religious institutions and other nonprofits.

Congregants at Shelter Island Presbyterian Church conducted an energy audit of their 80-year-old North Ferry Road building in February and found that in addition to installing LED light bulbs, solar panels would be the best way to cut down on power bills while being good stewards of the Earth.